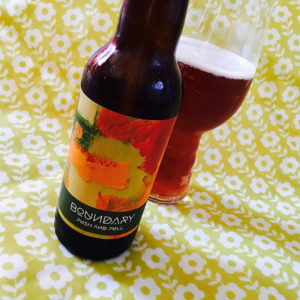 This is an IPA brewed with raspberries and coconut and it’s alright, though nothing more than that.
It pours a dull amber and smells of toffee and diacetyl and just a hint of fruit.
Taking a mouthful you find a round chewy malt that’s all caramel wafers and honey on toast, and some decent enough bitter hedgerow hops, hazel, grapefruit and artichoke.
But the raspberries barely make an appearance apart from the most subtle background breath and the coconut is nowhere to be seen.
If I’d not been told that they were here I’d probably not find them at all.