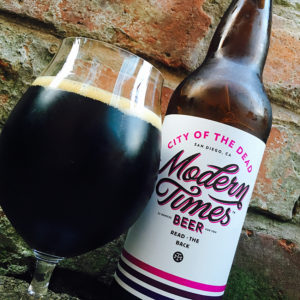 I’ve never been a fan of The Sex Pistols.
I thought they were turgid, slow, boring.
But I really liked John Lydon’s post Pistols band, Public Image Limited.
It was creative and adventurous, funny and forward thinking.
Right at the death of the Pistols, Lydon famously asked, “do you ever get the feeling you’ve been cheated?”
He was referring to Punk and the Pistols and the way his band had been monetarised and marketed.
And the phrase jumped into my head when I took my first swig of this beer.
It’s a Stout brewed with coffee that’s been aged in Bourbon barrels.
Yes, that’s right.
The beer hasn’t been brewed with coffee and then aged, the coffee was aged before being added to the brew.
And you know something?
So what.
The beer is decent and drinkable, but it ain’t anything special.
The aroma is a watery black coffee, and taking a swig you find what you’d expect, some treacle tart, black coffee – though thin and watery, not espresso – toast and honey, and around the edges there’s a crunchy autumnal leaf litter hopping.
The Bourbon barrels add the faintest hint of damp oak and boozy warmth in the background, but all in all I’d say that, if you are thinking of spending in excess of ten quid on a beer to try, there are a lot better beers to spend your hard earned money on.
Very disappointing.