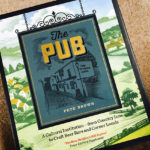 Pete Brown’s latest book is a beautifully presented hard back coffee table affair, that’ll have you returning to it and dipping in and out whenever you need inspiration.
Split into two distinct halves, the first half is a look at pubs of all shapes and sizes, the history of the British public house and the way that the drinking public use them.
This is followed by a gazeteer of drinking establishments to visit around the UK that has been divided up by area and comes with addresses as well as brief descriptions of each place. 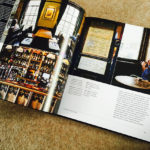 All of this is done in Pete’s warm and enthusiastic conversational writing style.
He has been called the Bill Bryson of the beer world in the past, and it’s a very good description of the way Pete’s effortless enthusiasm jumps from the page.
He’s a storyteller and a raconteur, the man you want in your party of drinking friends, who will always have a nugget of wisdom for you, albeit often filtered through a warm boozy haze.
And it’s this friendly warmth that pervades The Pub, making it a must have for beer drinkers and culture vultures alike. 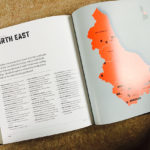 You can win a copy of The Pub, courtesy of Jacqui Small and Quarto Books by answering the following question in an email to hq at camrgb dot org.

COMPLETE THE TITLE OF PETE’S PREVIOUS BOOK, HOPS AND…?

The closing date for the competition is Sunday 28th August and the winner will be announced shortly after.