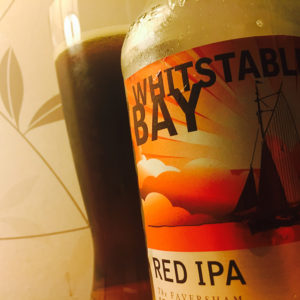 A Shepherd Neame brand, Faversham Steam Brewery have managed to create a bloody awful beer.
It’s limp and watery, it has a sorrowful apology for malts, with thin toffee and a little bit of bran flakes, and any hops that they may have planned to use appear to have been all but forgotten with only the merest sigh of hedgerow twigginess coming through.
All this and they decide to deliver it in a clear glass bottle so that he beer can really go off quickly, the ashtray background hum is already coming through in this bottle and I received it from the brewery last week, so you’d think it might be freshly made.
Shepherd Neame, you are nice people and you can make some decent beer, but you need to take a long hard look at yourself when it comes to this so-called IPA.