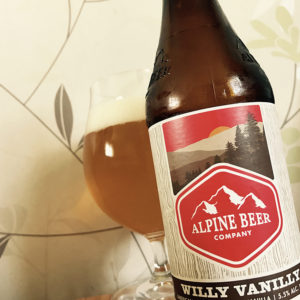 This American wheat beer has been brewed with vanilla and it’s not very nice.
It pours an alright gold with a frothy little head and smells of vanilla ice cream, but once you dive in the vanilla takes over far too much, wiping away any trace of malts save for the lightest caramel lick, and leaving he hops straining to show themselves under the sticky sickly weight.
It’s a cream soda flavoured mess and I poured it away.