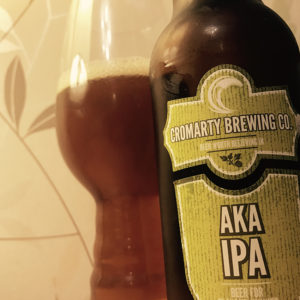 Teetering on the edge of diacetyl overload, AKA IPA pulls itself back from the edge just in time to be a decent little beer.
It pours a rich amber with a little fuzzy head and smells of peaches and ozone, toffee and just a hint of pear drops.
Taking a swig you find a good biscuit and honey malt, some salty shortbread and a big blob of gooey caramel, while the hops are sharp and keen, all herbal greenery, lime zest and sherbet lemons.
The result is a beer with a good bitter and crisp finish that’s ever so slightly tinged with a chemical burn.
Not enough to spoil your fun, but definitely enough to make this beer good rather than great.