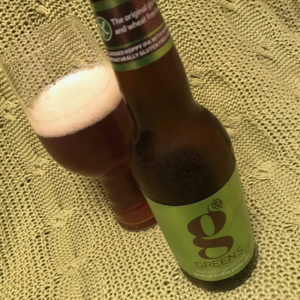 Grand India Pale Ale (5%) is a decent enough little IPA that pours a deep amber and smells of honey and melon and garden flowers.
The malting is based on naturally gluten free grains – sorghum, buck wheat and brown rice to be precise – and they provide a decent enough toffee and bran biscuit body, though there’s a lack of depth that you’d get from malted barley or rye.
The hopping is sharp and keen pithy hedgerow, hazel, nettles, lemon zest and grapefruit rind.
All this makes for a nice dry crisp finish. 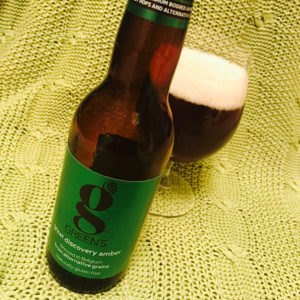 Great Discovery Amber (6%) has a little earthy yeast nip in its aroma along with some pumpkin.
There’s lots and lots of bruised apples and pears in the body of this beer, which again has been brewed with naturally gluten free grains.
You find brown sugar syrup and a little honey, some green herbal hops and a twist of lemon, but it’s the apples and pears that take over here.
And as you drink you find the same lack of depth to the body of the beer that the IPA has.
That said this still has more flavour than lots and lots of beer brewed with more traditional grains. 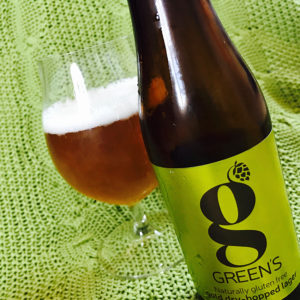 Green’s Gold Dry-Hopped Lager (4%) is the pick of the bunch for me, and what a lovely little beer it is.
Pouring a shining gold with a fluffy head, there’s the most lovely honeydew melon aroma.
It was so lovely that I said as much out loud, even though I was all on my own.
And taking a swig you find lots of melon in the flavour too, it’s round and juicy and tinged with a fizzy sherbet lemon and some herbal greenery.
The malting works better in this beer than in the other two, providing a solid shortcake and honey biscuit over which the hopping simply sings as you head towards the crisp clean finish.