Posted on December 3, 2016 by Simon Williams 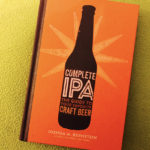 It’s coming up to Christmas and your tame beer geek will be wanting stuff to spend the day pouring over while they drink their mid morning brew, after lunch, during the evening with cheese and crackers and yet another cool-as-hell can.
(By the way, I count myself in the above).
You could do much worse than giving them a copy of this super little tome, a beautifully illustrated hard back field guide to the India Pale Ale.
It works remarkably like those little miscellanies that people like to buy family members at this time of year. 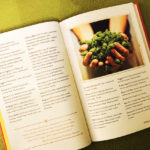 But instead of a simple stream of facts, Joshua has provided a real depth of knowledge along with enough information to give even the most knowledgable beer geek plenty to dig into.
There’s the usual, albeit it brief overview of brewing and the history of the IPA, and there’s even a rather nice run down of hop varieties and their individual qualities and flavour profiles.
Then there’s a spotter’s guide to beer, with a range different IPAs being talked about, explained and described, and a tick list so that you can mark off all the beer you’ve tried. 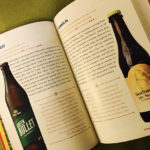 The presentation is modern and bright and the photography is lovely.
In fact the only problem that I can find with this little hard back book of beery joy is that there’s a whole bunch of beer in here that I now really want to try but have no way of getting hold of.
But seriously, buy this book for the beer geek in your life.
They’ll thank you for it for a long time.

Founder of CAMRGB. Member of The British Guild Of Beer Writers. Leftist bigmouth. Old and grumpy.
View all posts by Simon Williams →
This entry was posted in Beer Review, CAMRGB and tagged Beer Books, Book, IPA. Bookmark the permalink.