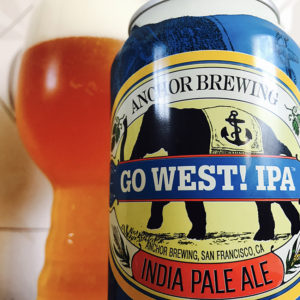 This may not be the greatest IPA in the world’s but it’s very drinkable and it’s also now available in Asda.
There has been some discussion in the Twittersphere and similar forums over the last few weeks about the dangers to independent beer shops of all this “Craft” arriving in our supermarkets.
There’s now Stone and Anchor, Vocation, Brew York and Flying Dog readily available in Asda, Tesco and Morrisons, and one or two people have been very negative and sounded the death nell for our specialist beer shops.
But I don’t see it like that.
That strikes me as trying to keep the beer scene elitist and beer, being a working class drink, should be anything but elite.
That said, that’s not why I’m unconcerned.
The reason that I think it’s alright is that these beers aren’t the beers that I go to our specialist shops for.
I go for Kernel and Cloudwater, Art Brew and Mikkeller, and for the time being the indies will be the only places to get the really good stuff.
But I can’t afford to shop in the craft stores every week and so the supermarkets raising their game gives me one hell of a different range to choose from for my regular go to beer during the week.
In time maybe one or two of the coolest brewers that we love the most might slowly find their way into the supermarkets, as Hardknott did with Morrisons, but surely that’s just business.
And if one or two do make the leap there will always be others to take their place in our hearts, like Tempest recently setting camp in mine, that will have us running to our nearest indie to get our hit of that limited edition, cool as hell nine percenter.
And so to Go West!
It’s a solid American IPA, that pours a bright gold with a big fluffy head and boasts all the things you want, from resinous redwood to orange marmalade, lemon rind to peach fuzz, sticky caramel to pancakes and wafers.
The only thing that stops it being amazing is a not too pleasant alcohol burn right in the finish.
But at less than two pounds from Asda, I’m not complaining at all.