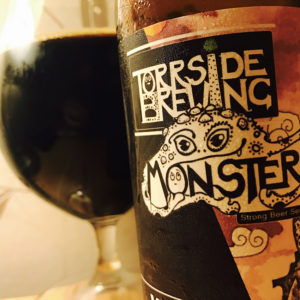 Sadly this is the second bottle of this that I’ve had and both have been completely flat.
I opened the first a few weeks ago and as I poured it down the sink I thought I’d leave the other a week or two to see if it just needed a little more time.
It made no difference.
And it’s a real shame, because there’s a lot of good stuff going on here.
There’s liquorice root and fresh black coffee, marmite, honey and treacle tart.
You even find some really nice herbal leaves and nettle tea from the hops, but instead of everything feeling thick and warm and boozy, the beer feels thin and insignificant, teasing you as to what the beer might have been.