Dry & Bitter are based in Gørløse, Denmark and this, a set of three Session IPAs is my introduction to them.
Yes, Session IPAs, one of my least favourite of the currently trendy beer styles.
Let’s take them one at a time. 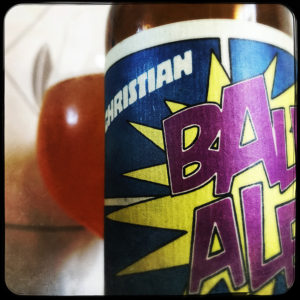 Christian Bale Ale (4.6%) is hopped with a shedload of Mosaic and you can tell.
Waves and waves of fresh stinging nettles and herbal leaves, sherbet lemons, a little pine and a hint of fleshy mango build and build with each successive sip.
Fortunately there’s a distinct malt body here, providing a solid caramel and shortcake biscuit backbone that just about fills the gaps in the beer that so many Session IPAs tend to leave.
The finish is bone dry, pithy and delightfully bitter, while the aroma is heavy with honey and homemade lemonade.
A good start. 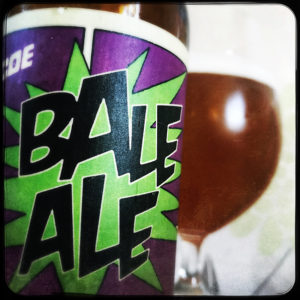 Simcoe Bale Ale (4.6%) replaces the Mosaic with Simcoe, a hop that isn’t high on my favourites list.
The aroma is orange juice and mown grass and the beer sits a pale gold in my glass.
There’s that same malt body of caramel and shortcake, it’s light and supple and relatively chewy, and then there’s Simcoe doing what Simcoe does.
A little bit of orange marmalade and a little bit of lemon bonbons, some redwood resin and a thicket of hedgerow greenery.
The finish here isn’t quite as tongue tinglingly dry, but it’s good and long, crisp and bitter.
More than decent. 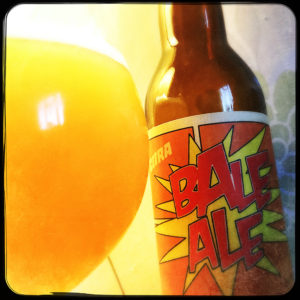 Citra Bale Ale (4.6%) pours a cloudy pale orange, a slightly different colour to the other two and smells of lemon curd.
In this beer the super long dryness of the Mosaic version returns, wringing out your lips and leaving your tongue withered.
Again there’s a much needed malt presence that creates a sweet biscuity balance to the hops, caramel and shortcake providing a respite from the Citra.
The Citra being Citra, does the things that you expect Citra to do, with lots of lemon wedges and grapefruit zest, lime leaves, a dab of orange marmalade and a little pine resin at the edges, it leads to a long bitter finish.
Very drinkable.

So, Dry & Bitter seem worth exploring a little more if these three are anything to go by.
They’ve managed to take one of the beer styles that I find rather boring and breath life into it, so I’d be very interested is seeing what they do with something else.
I’d best track some down.