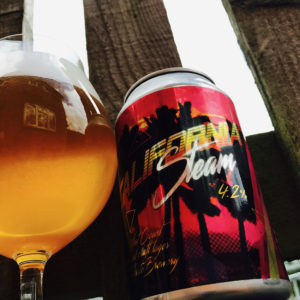 Not a bad little beer actually, though there’s not a great deal to say about it.
Pouring a warm gold with a big frothy head, the aroma is orchard fruit and bread dough.
There’s an immediate caramel and bread flavour when you take a swig, followed by some honey and waffles.
The hopping is all about greenery, herbal leaves and hazel, hedgerow and nettle tea, and there’s a spicy yeast hit in the crisp bitter finish.