A Brace Of Beauties From Dry & Bitter

Dry & Bitter of Denmark are making some excellent beer, and from the range that I’ve tried, they seem to really like putting beer out in series.
Take these two for example, both are IPAs, one is brewed with a malt bill designed to make it a softer version of the other.
Drink them alone or as a couple, they’re both well worth seeking out. 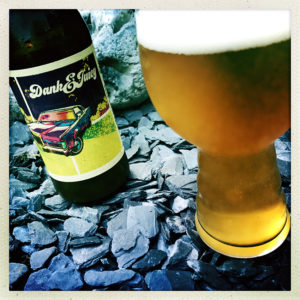 This is Dry & Bitter’s big American IPA brewed with Citra, Equinox and Mosaic hops, and it’s an absolute killer.
Not for the feint hearted, the hopping here is seriously fierce, hitting you with sharp as a tack lime leaves and lemon zest, steely dry herbal leaves, a little mango sexiness and a slap of grapefruit.
The malting is a soft brioche bun, some honey and a caramel wafers or two, and it just about holds its own, creating a much needed brown sugar background hum, but it’s the brutally beautiful hopping that owns this beer with its tropical fruit salad aroma a dry as a bone lip curling finish. 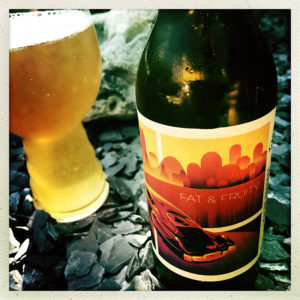 Fat & Fruity (6.2%)
Brewed as a sister drink to Dank & Juicy, Fat & Fruity is both of those things, as well as being soft and round and creamy thanks to the addition of oats and wheat to the malt bill.
The aroma is mango and peach and there’s an enormous mango juice hit from the minute you take a swig.
In fact this is the most mango I’ve yet found in a beer that doesn’t actually contain any mango.
Yes, that big.
It’s pulpy and fat and tempered by a good steely herbal hit while the malt provides a delicate vanilla ice cream cone, honey and bagel body to a beer with a finish that’s long and bitter and refreshing.