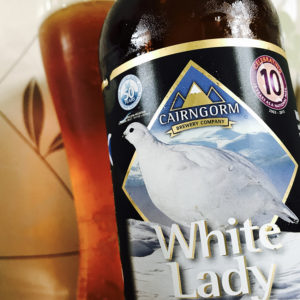 This “Crystal Wheat Beer” tells me that it is a Bavarian Style Wheat Beer with, “additional roast malts for colour.”
In actual fact this beer bears so little resemblance to the aforementioned style that it’s almost funny.
The additional malts bring a heavy British Bitter flavour of toffee and biscuits to the beer and the added coriander is noticeable by its absence.
And then there’s the way that you can barely find anything wheaty in it at all, none of that creamy smoothness, no frothy head.
No, this isn’t really a Crystal Wheat Beer so much as a Watery Bitter.