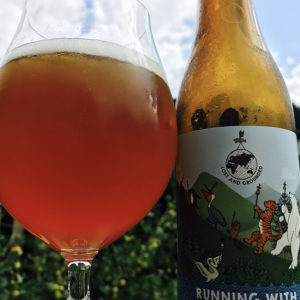 A few weeks ago I said that I was getting rather bored with writing about Lagers as they are all so very similar.
Sceptres is a Lagered beer that appears to have been attacked by Citra as there’s a great big hit of fizzy lemon and lime in both the aroma and the flavour.
Initially it nearly knocks everything else out, but slowly the malting comes into its own, building a solid backbone of caramel wafers, honey and brioche while a little light spice works its way up from the yeast through the creamy finish.
All in all, rather pleasant.