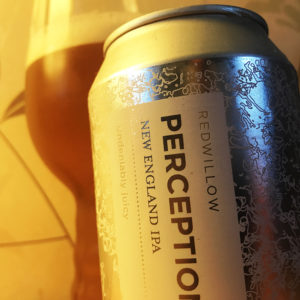 Right now it’s de rigueur to make an IPA with Vermont yeast, de rigueur to make a “New England IPA”.
But unlike some of the other brewing fads that we’ve had over the last year or two, sour beer and lagered beer being just two that I grew bored of rather quickly, I do find that I like what this yeast does to an IPA.
I like the round lightly spiced juicy fruitiness that the yeast brings, it’s similar in many ways and yet very different to brewing with a Belgian yeast strain, adding a whole extra layer of flavour that you wouldn’t normally expect form your IPA.
It makes the beer feel chewy and meaty, dirty and sexy in the same way that a Saison’s yeasty heart feels.
Anyhow, Redwillow have made a rather fine take on the style, the yeast doing all the above while the malting is all toffee and brioche and the hops are lemon curd softness, mango and grapefruit zest zing.
Very good indeed.