Posted on September 7, 2017 by Simon Williams 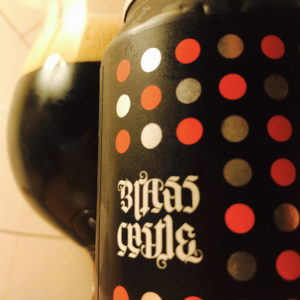 I first had this in a pub in Sheffield during a CAMRGB day out and wasn’t very impressed.
Here, presented in a rather fetching can, I’m still not very impressed.
There’s an alright aroma of stewed fruit and coffee, though it’s a bit harsh, and the beer sits a decent enough purple brown in my glass, but taking a swig everything feels unfinished and out of balance.
There’s an acrid, almost sour note lurking under the coffee and toffee, digestive biscuits and molasses of the malts, and the hopping adds very little save for a bit of hedgerow greenery that feels rather apologetic.
And with the vanilla noticeable by its absence coupled with an oddly sandy texture, Bad Kitty feels far more like an uninteresting Mild than the Vanilla Porter that it wants to be.