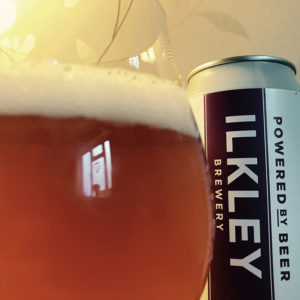 Hendrix is a Pale Ale with American hops that has been brewed in commemoration of fifty years since Jimi Hendrix played in Ilkley, and what’s more it’s not too shabby.
Pouring a warm gold with a little fuzzy head it smells of passion flowers and honeysuckle.
From the first mouthful there’s a rather nice soft flower border and passion fruit, lilac and peach juiciness from the hops, they’re soft and gentle and playful and, most importantly in setting this beer apart from so many others, they don’t hit you with any big citrus or bitter herbal flavours, and that makes a nice change.
The malts are simple but effective caramel wafers and a dab of runny honey which provide some much needed body to the beer, but it’s that soft fruitiness that has grabbed me and drawn me in.
Very nice indeed, though I’m not much of a Hendrix fan.