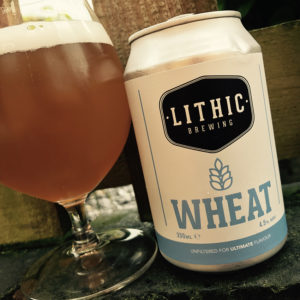 Well now, it’s interesting that on the can is says that this beer is, “unfiltered for ultimate flavour,” because this little wheat beer appears to have been filtered to the brink of extinction.
The aroma is OK, with a tiny bit of herb and banana to sniff at, but considering that this is only 4.5% there’s a lot of unwanted alcohol in the aroma.
Taking a swig I’m immediately surprised at how thin the beer feels.
In general, it’s the creaminess of a Hefeweizen that makes me like the style so much, the fruity bite, the spiciness and that soft creamy underbelly helped along by the cloudy yeast swirling around my glass.
But here, with all the yeasty goodness seemingly removed, the beer is left limp and watery, a thin caramel biscuit malt and the light prickle of Tettnang hops simply not enough to pull the beer back from the abyss.