Posted on September 9, 2017 by Simon Williams

You know the drill.
Omnipollo visit the Buxton Brewery and together they make some ludicrously delicious beer that feels and tastes like some weird avant garde beer pudding.
I’m not sure how they do it, but they do it.
Maybe it’s magic.
Here are this year’s offerings. 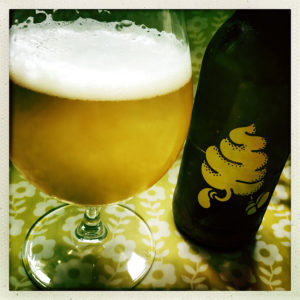 Original Popsicle Ice Cream Pils (5.2%)
This is so very clever.
But it’s also very very tasty.
The smell is a creamy lemonade and tinned peach delight and the beer sits in my glass a pale gold with a ring of fizzing bubbles for a head.
As for how it tastes, well now, that’s a story in itself.
There are barely any traditional beer flavours going on at all, and instead the beer feels smooth and creamy, icy almost, with a lemon bonbon sweetness that gives way to a sharp bitter citrus tang leaving a fresh and bright fruitiness right in the finish.
Yes, very clever indeed. 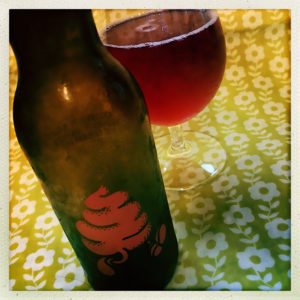 Original Raspberry Meringue Ice Cream Pie (6%)
Sometimes I make myself cross.
You see I rarely take my own advice and this evening my advice was to check out what style of beer this was before opening it.
And then I didn’t.
It’s a fruit beer bordering on a sour and I don’t really enjoy that style as an evening drink however silly that might sound.
Once I’d gotten over the shock of my first mouthful though, I settled into the smooth and creamy sweet and tart of this superb little beer.
The aroma of the beer is soft ripe fruit and vanilla ice cream and the beer is the most delightful pink colour.
My first mouthful was a sharp tart hit of ripe raspberries, it was lip puckering and keen, but as the initial bitter hit drifted off a warm round and beautifully creamy spun sugar and vanilla sweetness began to build, and each time I took a swig that initial blast of fruitiness was backed up by a bigger and bigger wash of soft ice cream that left a finish that was silky smooth and mouth wateringly sweet. 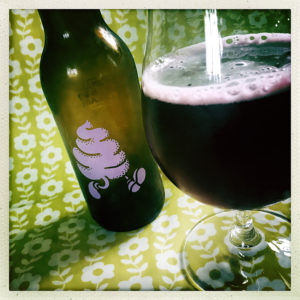 Original Blueberry Slab Cake Ice Cream (7%)
This is my least favourite of the four beers and yet it’s still a super little drink.
My problem with it is that unlike the other three, the ice cream and pudding part of the beer is harder to detect.
The blueberries are very nice, they’re juicy, fresh and meaty, and there’s a nice sharpness in the middle of the beer.
But the creamy vanilla ice cream that you find in the aroma struggles a little in the flavour of this one.
It’s there, it just isn’t as strong as I’d like it to be, not as chewy, not as mouth filling, not as creamy as the other beer in the range.
All that said, I could still drink this all day. 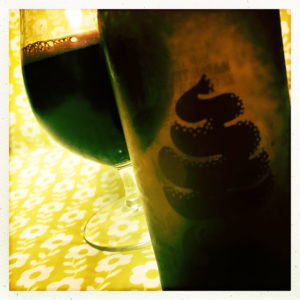 Original Maple Truffle Ice Cream Waffle (11.5%)
One of the many things that Buxton do really well is enormous Stouts and so working with Omnipollo on one of their bigger, chunkier, darker beers was always going to end well.
This beer is extraordinary.
Maple? Yes.
Truffle? Yes.
Ice cream? Yes.
Waffle? Yes.
It’s all here.
The ice cream is a rich velvety chocolate variety that’s crammed with double cream and the truffles have that almost sandy rough dryness, deep and satisfying.
The waffle is all caramel, honey and freshly fried batter sprinkled with a coating of icing sugar, and the maple syrup is sticky and resinous and just asking for a few strips of smoked bacon to make it a meal.
Couple all of this with a chest warming rum and raisin brandy booze and the biggest creamiest sweet finish and you’re left wanting a spoon to eat this amazing dessert of a beer.