Oskar Blues Brewing Co. Beerito, Or You Reap What You Sow 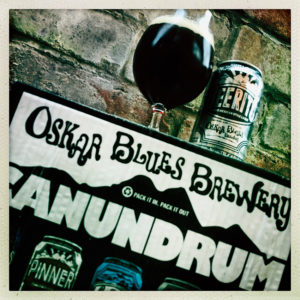 I guess we’ve been asking for this, right?
Challenging the status quo that said Real Ale was good and the rest was bad, and wanting to find better and more interesting beer, and for that beer to be more accessible.
And now you can buy an Oskar Blues mixed case of twelve cans in Asda.
I remember when Dale’s Pale was like the holy grail and finding it in the fridge of a BrewDog bar meant buying it immediately and savouring every last drop.
Now, included in this case, it is retailing for around £1.35 a can.
And while I can understand the points made by indie and specialist retailers about the supermarkets stocking “Craft” beer, as a consumer I can only go back to what I’ve said before and that is that this won’t stop me using the specialists, I’ll just be using them for other stuff.
After all, it’ll be a long time or never before we find To Øl in Tesco or The Kernel in Aldi.
Included in this ridiculously priced box of American Beery delights are three cans of Beerito (4.5%) which is a rather good Amber Lager.
It pours a chestnut red and smells of boozy toffee popcorn, and taking a swig you find lots of chewy caramel bars and wafers, brown sugar syrup and bagels and a nice smack of spiky and spicy herbal hedgerow hops.
Very good, very drinkable.
But the problem is we want something that we can’t really have.
It’s the same thing that happened when you were a teenager, certainly when I was a teenager, and discovered a band that no one else had gotten into.
They felt like they were yours and, though you wanted everyone else to hear them because of how fantastic you thought that they were, you also wanted no one else to get into them so they could stay your own.
And yet those bands and their labels needed and wanted to make a living and that meant growing their markets in much the same way that beer and its breweries want and need the same kind of thing.
The result was always going to be this way, and if it means that I can drink good beer inexpensively on a weeknight so that I can buy more of the special stuff from the specialist retailers at the weekend then I think I’m alright with it.