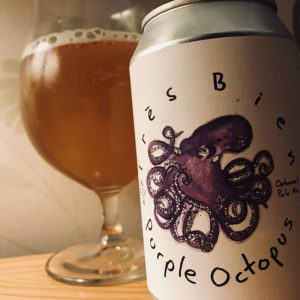 Brewed locally to me, I really wanted to have good things to say about this, but unfortunately it falls rather short.
It looked near to flat as I poured it and taking a swig there is nowhere near enough life to make it feel right.
The aroma is round and fruity and inviting, and there’s a decent enough toffee biscuit and ice cream cone malt, though it’s difficult to find anything from the oatmeal save for a slight soapiness that again is heightened by the lack of fizz.
The hopping does some nice things, with mango and hedgerow greenery and a little dollop of marmalade poking through.
But by the time I’d taken a few mouthfuls the sliminess of the oatmeal coupled with the lack of sparkle stopped me finishing the can.