Posted on November 7, 2017 by Simon Williams 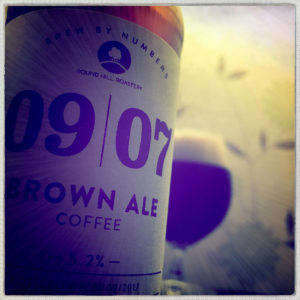 The addition of a little lactose into the Brew makes all the difference to this Coffee Brown Ale.
As you might expect, it pours a deep chestnut brown with a creamy cappuccino head and smells of black cherries and coffee.
The heart of the beer is a thick toffee and donut, walnut bread and honey malt which is cut through with lemongrass and nettle tea, marmalade and chives from the hops.
The coffee brings a warm round woody and fruity extra dimension, rich and dark and sexy, but it’s that smooth creaminess, that hint of vanilla that the lactose provides that adds that little bit more and makes this beer super rather than just good.