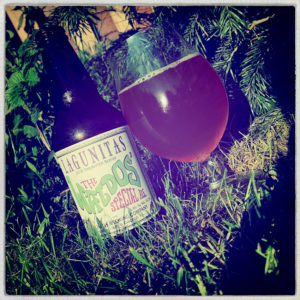 “Dank and herbaceous and juicy,” says the press release, and dank, herbaceous and juicy it is.
Waldo’s is a brain numbingly good Double IPA.
I could probably stop there, but I feel the need to go on.
Waldo’s is heavy with resinous pine, orange marmalade, redwood and tobacco, steeped in boozy brandy snap heat and thick with sticky honey coated bagels and caramel wafers.
It’s sweet and sticky, bitter and pithy, thick and boozy.
It’s an apple brandy, apricot compote and freshly varnished trestle table delight.
It’s also mind numbingly alcoholic and will have you writhing on the floor and asking for more seconds before you are up to find it’s tomorrow and you’ve lost a whole evening.
If you see some score some.