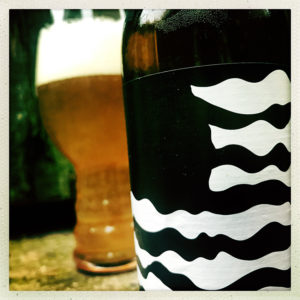 Another beer that I’d have sworn I’ve tried before, Nebuchadnezzar is an Imperial IPA that tastes like nothing short of a Torpedo clone.
And that’s absolutely fine by me, after all it’s one of my very favourite beers.
I’m not suggesting that Omnipollo set out to clone Torpedo, but that’s what they’ve ended up with, from its warm toffee colour to its piney smell, its big hoppy hit of redwood resin and pine, green herbal foliage and a dash of lemon to its rich and boozy honey, caramel and bran biscuit malt base that’s powered along by a lovely brandy snap booze and a spun sugar sweetness, Nebuchadnezzar is a very good alternative Torpedo.