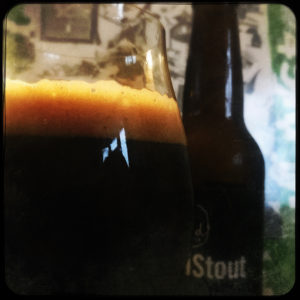 Liquorice and coffee, honey and toffee, iStout pushes every button on the Russian Imperial Stout machine.
There’s burned toast and tamarind, peat smoke, coffee and spring onions.
And that’s just to get you started, as iStout builds and builds with every sip you take, dry and bitter dark chocolate sweeps in, rich and almost sandy, it’s brightened by pithy leaf litter hops that add maple syrup and steely herbal leaves.
Then there’s the hit of dark boozy rum and raisin that initially feels like a slab of confectionary but quickly turns out to be the rascal in the corner luring you down into the depths of drunken abandon.
iStout is one hell of a beer.