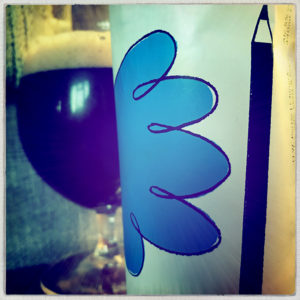 I was sent this beer by Trev at Pop’n’Hops and this review has been written especially for him.
So please excuse the Indie record geekery herein.

I really wanted this to be brilliant for no other reason than the lovely label reminded me of all the indie singles I used to buy as a teenager.
Records released by K and Creation, Pink and, oh I don’t know, any number of labels.
Two colour prints on white card that wrapped around the record and slipped into a clear plastic bag.
But just like some of those records that weren’t as brilliant as I wanted them to be, so too Beak’s Porter is good but not great.
There’s a little liquorice an treacle tart, some brown sugar, black coffee and some toasted wholemeal bread.
You also find a rolling tobacco and pine resin, marmalade and lemon zest from the hops.
All of that is fine, but the beer feels a little thin, a little wishy washy, just not enough body.
It’s more a Subway B Side than a Ron Johnson A Side, though that in itself can be enough.