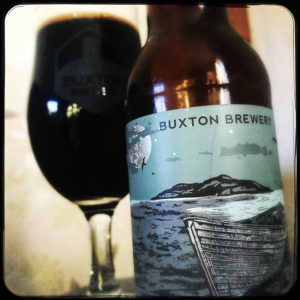 This Imperial Stout has been aged in single malt whisky barrels and you can tell.
It’s a warm, damp woody beer, lightly smoky, with a big hit of caramelised fried bananas right at its heart.
So far, so good, right?
Right.
You’ll also find dark chocolate and burned brown bread toast, a hint of charcoal and the chest warming hit of a solid Scotch whisky.
But the aroma is a bit drab, giving nothing more than a sniff of boozy prunes, and the beer, this bottle at least, is rather flat leaving a finish that’s oily and slick, with nowhere near enough body to hold up everything that’s going on.
I do like the fried banana thing though.