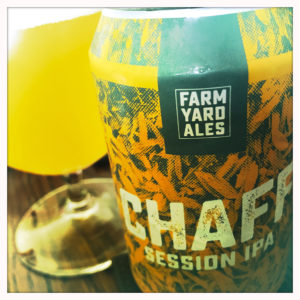 Another brewery, another Session IPA, and another beer that has lots of lovely hoppy things happening but suffers from its malts not being anywhere near big enough.
Sure there’s some light caramel and shortbread and just a lick of honey so that in the first couple of mouthfuls you think everything is alright.
But as you go deeper the hops, which are big and bright and fresh with lemon zest and lime leaves, grapefruit and satsumas, take over and wipe out all trace of the initially tasty sweet malt and thus, as with so many beers of this style, a great big hole appears right at its heart.