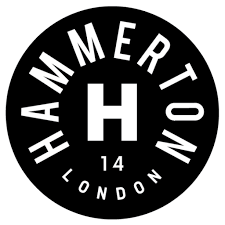 I was talking with Lee at Hammerton a week or two ago and he told me that they had started to can their beer, and specifically that they’d canned their Peanut Butter Milk Stout, Crunch.
This had me intrigued and I just had to try it.
Hammerton are located in Islington, North London, and the brewery began life in 1868,brewing through to the 1950’s.
In 2014 a Hammerton family member restarted the brewery in new premises and since then they’ve quietly gone about their business opening first a small tap room and then in 2017, their first pub.
The brewery is currently crowd funding to create what looks to be a very impressive permanent Tap Room and barrel ageing project.
If you’re interested you can take a look here.

Here’s what the cans did for me: 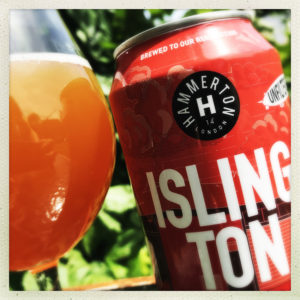 Islington Steam Lager (4.7%) is a fine take on the style with its rich heather honey aroma drifting up from the deep golden peachy beer.
The first thing that strikes me as I take a swig is that, like so many Steam Lagers, the yeast takes a front seat, its earthy meaty spice jumping right out at me from my very first sip.
The malt is soft and creamy, chewy and sweet, with caramel and salted popcorn while the hops bring sharp bitter herbal leaves, a twist of lemon zest and some pithy nettle tea.
Lovely stuff. 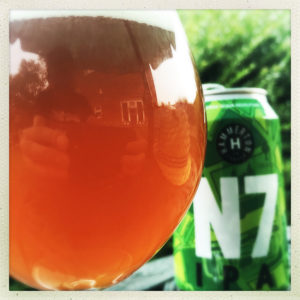 I’ve written about N7, Hammerton’s 5.2% IPA before and had nothing but good things to say about it.
Now it’s been canned the only difference is that everything tastes even brighter and even more fresh.
The walnuts and the sticky honey of the malts is still there, the sherbet lemons, kiwi and lime zest of the hops absolutely burst out from the beer, keen and super fresh, everything is big and round and pin sharp.
Very good indeed. 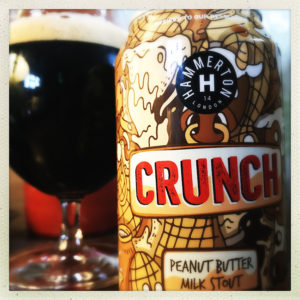 Crunch (5.4%) is Hammerton’s Peanut Butter Milk Stout and it’s everything you might hope for in a beer described as such.
The beer feels smooth and creamy with a sweet brown sugar syrup and toffee, vanilla ice cream and honey malt and the merest splash of herbal greenery from the hops that adds a little spark of freshness to the edges of your drink.
The peanuts are warm and woody, unsurprisingly nutty, rich and chewy, they fill both your mouth with a satisfying Hershey’s Peanut Butter Cup delight and your nose with the smell of a freshly opened jar of Sunpat, crunchy of course.
I’d really like to try an imperial version of this to see what a hefty hit of brandy booze might do to these already super flavours.