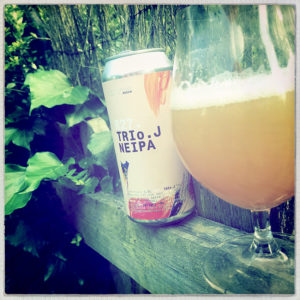 Just look at this can.
Lost & Found have some of the sexiest, most bewildering packaging around, a cross between the heady days of Factory Records and the sublime artefacts that Drag City wrapped US Maple LPs in.
Beautiful images combined with artfully codified text, lightly pretentious and achingly cool.
And the beer is very well made too, doing all the things you’d expect from a NEIPA using Vic Secret, Ekuanot and Citra, fresh and sparkly, zesty and fruity, with lemons and limes, peaches and mango.
The Golden Promise and Vienna, Maris Otter malts, coupled with Golden Naked Oats and torrified Wheat give you a soft subtlly sweet caramel body.
But that damned cloudy, fruity fart of yeast simply makes the beer taste and feel like I’ve had it before. 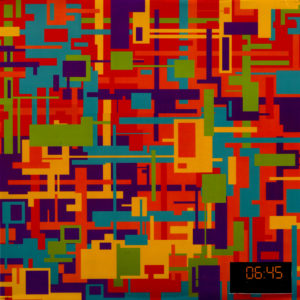 Like a reissue in a redesigned sleeve, like the sound of the millionth cover version of “I Fought The Law”, it’s like endlessly pouring the same beer however beautifully it has been wrapped up.
It’s made me yearn for clear and crisp, bright and clean IPAs.
It’s not a bad taste, in fact for what it’s worth I quite like it, I just want something else because right now I have visions of this ever expanding yeast strain growing and evolving and taking over the world.
If this yeast is still The New Thing, then I’d like a taste of the old, because my beer fridge is becoming like some weird drunken Groundhog Day.
Thanks.