Over the last four or five weeks I’ve had several cans of Mobberley beer arrive at my house.
I’ve struggled with them all so much that, until now, I’ve not written about them.
But with these latest two I really feel the need to tell you what’s wrong. 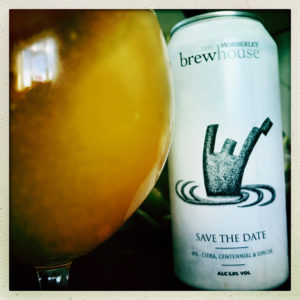 Save The Date (5.8%)
I’m always wary of anything that trumpets its own greatness.
The best artists don’t make great big overblown statements, they let their work speak. Whether that’s art or music, writing or beer.
And so when I read the side of this can and how this project will, “take our brewing to the next level,” I was immediately fearing the worst.
And sadly I was right to, this being the third Mobberley canned beer that I’ve happily poured away.
The balance is all out here, with the Citra, Centennial and Simcoe hops working against each other rather than together and creating, instead of layers of flavour, a din, a noise, cancelling each other out so that all you’re left with is a bitterness without substance.
And this hoppy hell also wreaks havoc with the malts, stopping them providing anything in the way of balance.
Yup, be careful of anything that proclaims itself special, you’ll end up putting it down the sink. 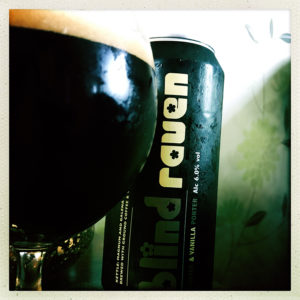 Mobberley Brewhouse Blind Raven (6%)
Thinner than a thin thing, Blind Raven is a coffee and vanilla Stout that is nowhere near Stout enough.
Watery prunes and cold filter coffee in the aroma leads you into a mouthful of beer that has some toffee and treacle, burned toast and charcoal from the hops and a swish of brittle crunchy autumnal leaf crunchiness from the hops.
But the coffee is thin and flimsy.
You know when you make a pot of fresh coffee and don’t use enough and then forget about it, take a swig and it’s cold and a bit unpleasant.
That’s the coffee in here.
Oh, and the vanilla is almost indistinguishable amongst all the above.
And so what you’re left with is a lot fresh water with hints of beer.