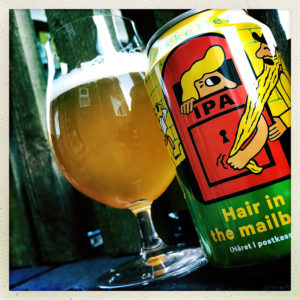 With this, along with a lager, a wheat beer and a Pale Ale, appearing on Marks & Spencer’s shelves, the world of supermarket beer has taken another massive step forwards.
It’s not altogether surprising as Mikkeller have decided to brew a series of “year round styles” which are aimed specifically at this kind of market.
They’re not dangerous or adventurous or anything, but they are very well made and a world away from your local supermarkets usual offerings.
Take this IPA as an example.
It’s sharp and crisp, with loads of bitter herbal greenery and zippy lemon sherbet, along with a round and sweet brown sugar and shortcake malt.
Did you ever imagine that you could say a Mikkeller beer was your regular go to can?
No neither did I.