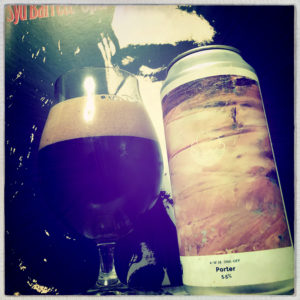 Do you like Frazzles?
If you do you’ll really like this beer because there’s a bacon flavoured corn snack from smell to finish.
There’s a lot of other things as well, like thick dark chocolate, freshly brewed espresso, coconut, vanilla ice cream, cinnamon buns and lashings of honey.
There’s also plenty of hazel leaf pithiness, lime zest and sweet lemon curd, a round creamy body and a super smooth oatmeal feel.
But mainly this beer is Frazzles, and it’s just by chance that I put on the most frazzled LP by one of our greatest frazzled artists.