Posted on February 5, 2019 by Simon Williams 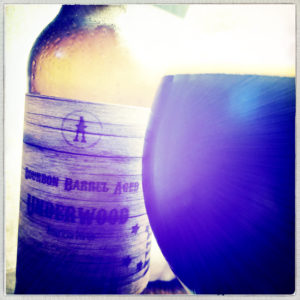 Frighteningly this tastes and feels nothing like its ABV, it feels round and smooth and rich, but there’s no boozy heaviness at all.
Arcadian have taken their American Porter and aged it in Bourbon barrels for a few months which has added a warm and damp woody vanilla background hum to the chocolate and coffee, praline and honey of the malts.
There’s a swish of apricot p, marmalade and maple syrup from the hops, adding a spiky fresh herbal slap to the finish of a beer that has a warm whisky aroma and is ridiculously, dangerously drinkable.