Cassels & Sons Brewing are based in Christchurch, New Zealand and have been brewing since 2008, steadily growing the business and having to start again after the terrible earthquakes that the country suffered a few years ago.
The brewery has now expanded to a bar and café and its building, a beautiful old Tannery, now boasts a range of businesses and is becoming a focal point for visitors to the area.
This is the first time I’ve been able to try their beer and, other than one bottle (as you’ll see), I like them enough to really want to try some more. 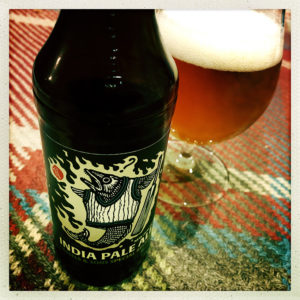 India Pale Ale (6%)
This single hop beer showcases New Zealand’s Taiheke Hop, and what a lovely Hop it is.
Managing to mix the gooseberry skins, green grapes, lime zest and orange marmalade of the best Antipodean hop strains with a healthy helping of the aniseed and herbal hedgerow, camomile and nettles of some much loved traditional hop varieties, the beer is underpinned by a big round chewy toffee biscuit and honey brioche malt body that adds lots of gooey sweetness just before the finish comes on fiercely bitter, dry and steely, leaving you with a great big smile through puckered lips. 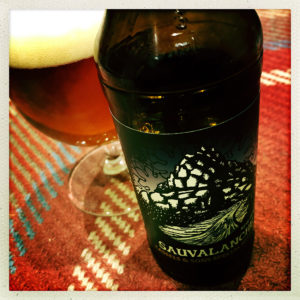 Sauvalanche (8.2%)
I wish that I had a barrel of this to bathe in.
A bath tub full that I could drink my way out of.
Because the Sauvin hops in this beer are absolutely majestic.
Sure there’s a warm brandy snap and waffle malt that’s rich and gooey and pushed along by a hefty boozy heat, but the hops in here are extraordinary.
Massive waves of mushed up gooseberries, plantain, lemon sherbet, tobacco leaves and lime zest, satsuma jelly and redwood resin glues itself to the inside of your head and refuses to leave.
I for one would be happy for Sauvalanche to stay forever, though I might regret it when I finally sober up. 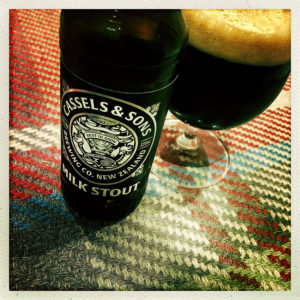 Milk Stout (5.2%)
Cassels’ Milk Stout has been brewed with a non-fermentable lactose sugar that makes the beer feel extra creamy and taste like nothing less than a great big bowl of chocolate ice cream, with its malts adding coffee and chocolate, pecan pie, maple syrup and honey coated waffles.
It’s a great big dessert of a beer that is given a little pithy edge by the dry as a bone herbal hedgerow hops that add nettles and melon, lemon zest and mown lawns.
The finish is round and smooth and delightfully thick.
Super stuff. 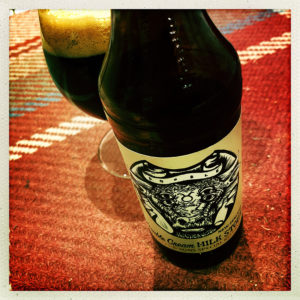 Double Cream Milk Stout (8.1%)
This ought to be twice the beer that Castels’ Milk Stout is, and it’s a god beer, but it suffers from its alcohol feeling far too harsh and boozy, cutting through the creamy milk vanilla body of the beer like a floor detergent the morning after a pub crawl.
Sure there’s vanilla ice cream and Victoria sponge, coffee and waffles, doughnuts and toffee, but the booze that begins as a rum and raisin sweetness becomes harsh and hot and, eventually, quite unpleasant.