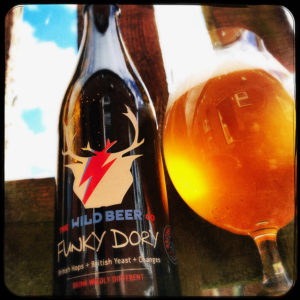 What started out as a very one dimensional beer, slowly opened up to me as I worked my way down my glass.
Initially pouring with a light lemon aroma and a straw coloured body, I wasn’t impressed when I took a first swig and found nothing more than a vaguely tart lemon flavour.
But I persevered and I’m glad that I did, because as the beer warmed it grew, bringing a super soft caramel and fig biscuit malting, a hint of something funky and earthy from the yeast and a slap of nettle tea, herbal hedgerow and sherbet lemons from the UK hops.