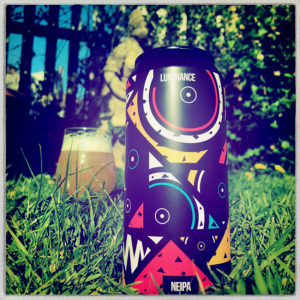 A Magic Rock NEIPA on a supermarket shelf would have been unthinkable a year or two ago, but thanks to their great big major deal they can put all sorts of stuff into shops.
Is that how it works?
Regardless, Tesco are doing some pretty exciting things with cloudy beers, flavoured Stouts, Belgians, and they’re making my go-to beers far more interesting than they were and, hopefully, turning beer drinkers on to more and more interesting things that will lead them into discovering the joys of their local independent beer stores.
Luminance is a lightly cloudy IPA with lots of mango and peach, pear, pineapple and herbal leaf hoppy goodness coupled with a soft and sweet caramel, brioche and honey malt body.
It’s not the best NEIPA in the world, but it’s a damned good beer to find on a supermarket shelf.