I’ve long been a big fan of Fuller’s and so, like many, I was disheartened to hear that they’d been sold to a large corporation.
I feared the worst, but thought I’d keep drinking their beer and wait and see.
And so when this year’s Fuller’s & Friends collection was announced I decided that I would give it a try with an open mind.
After all, last year’s was pretty decent.
But oh dear, look what happened… 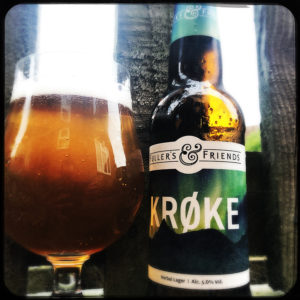 Krøke (5%)
Krøke is a Herbal Lager brewed with Mack of Norway, who are famously the most Northern brewery in the world.
It’s a decent enough Lagered beer but it’s very difficult to spot the additions of sloes and meadowsweet.
In fact there’s almost no bitterness at all, instead you find lots of sticky honey, caramel biscuits and brown sugar that makes the beer feel round and gloopy rather than crisp and refreshing as you would generally imagine a Lager to be.
There is something quite nice about the finish though, like your Grandfather giving you one of his favourite sweets, it’s warm and round and comforting. 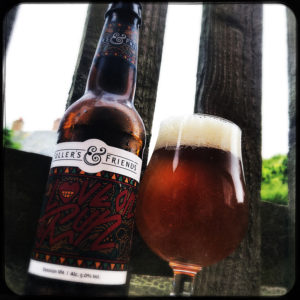 Love On The Run (5%)
This one, a Session IPA, has been brewed with Woodstock Brewery of South Africa and it is really very disappointing indeed.
It pours with almost no notable aroma, I struggled to find even the slightest toffee smell coming off the peachy beer with its little foamy head.
Taking a swig all you find is lots and lots of malty flavours, toffee and honey, biscuits and wafers, with hardly a trace of anything resembling the, “hop forward IPA,” that the beer’s label proclaims.
There’s none of the, “fresh blackcurrant and lemongrass,” in fact there’s not very much of anything save for a thin barley twist heart. 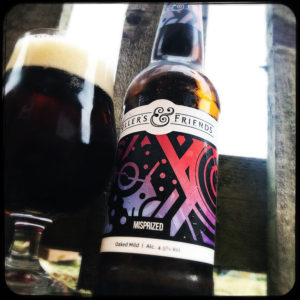 Misprized (4.5%)
Oh man, this isn’t going well.
Misprized (silly name) is a collaboration with Magic Rock.
It’s an Oak aged Mild, supposedly aged on rum barrel oak chips.
It’s another beer in the collection that has barely any aroma save for the smell of barley, sugary and sweet.
The oak chips, and I say chips but probably mean chip singular, add nothing more than the feint waft of someone next door opening an Innis & Gunn.
There’s absolutely nothing here save for a little bit of rum and raisin and lots of maltiness.
Misprized tastes like a beer that was designed before a massive takeover and brewed afterwards. 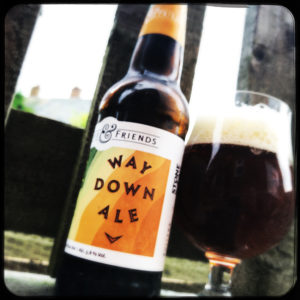 Way Down Ale (5.8%)
Finally some hops.
Though not many.
Way Down has been brewed with Stone & Wood Of Australia and uses Tasmanian hops.
Yet again it’s almost impossible to find any aroma save for a little bit of lemonade and yet more malty sweetness.
And that’s all you really need to know.
Lots of sweet toffee malt stickiness, like a cheap supermarket Bitter, but at least this time there’s more than a suggestion of something sharp and lemony, even if it’s nothing more than a cheap apology.
Bland and boring. 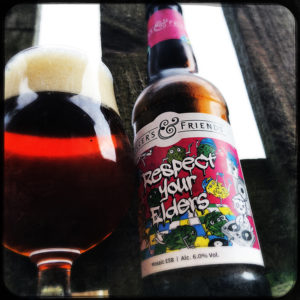 Respect Your Elders (6%)
I’m running out of energy to even bother saying anything about these beers.
This one, a Mosaic ESB brewed with a Tiny Rebel, suffers from a terrible balance between the overwhelmingly brown sugar stickiness of the one dimensional malts and the hops that hasve been so ham fistedly used that they smell and taste like washing up liquid.
This one went straight down the drain. 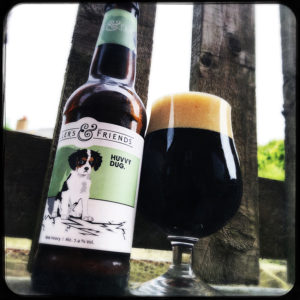 Huvvy Dug (7.4%)
Yet another beer with next to no aroma.
Just nothing.
A void.
Being a Wee Heavy, brewed with Pilot Brewery, this is supposed to be a malt heavy beer so at least we’re not supposed to except anything fresh and hoppy.
So what we have here is a bit of rum and raisin, a hint of chocolate and lots and lots of watery sweet brown sugar maltiness.
A void?
Avoid.