How Do I Love Thee, Let Me Count The Ways*

Named, I would guess, after Elizabeth Barrett Browning, a Victorian Poet from County Durham, Sonnet 43 or S43 (as they call themselves on their cans) seem to have appeared from nowhere with a clutch of brews that caught my eye straight away, and so I jumped right in. 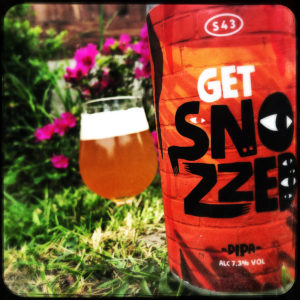 Get Snozzed (7.3%) is a DIPA with hops that go off into the distance.
But don’t be afraid, there’s a solid toffee waffle, honeycomb and bread crust malt that holds everything together with its sweet warm chewiness.
The hops – Mosaic and Azacca – bring lemon curd and orange marmalade, lime zest, fizzy flying saucer sweeties, peaches and melon, while the New England yeast adds its own fuzzy apricot and hay bale flavours to the mix.
The aroma is full of satsumas and honeysuckle and the finish is sharp and pithy.
What more could you want? 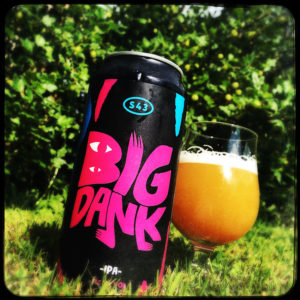 Big Dank (7%) is a thick soupy IPA packed with big fruity aromas.
It’s a fresh chewy sorbet of a beer, its malts all caramel and bagels, fresh waffles and runny honey, which is complemented by the lightly salty spiced apricot of the London Ale yeast.
The hops in the form of Citra, Amarillo and Simcoe, give the beer a sharp lemon zest, woody tobacco, hedgerow leaves and lime juice hit that leads you into the big bright and bold, sharp as a tack bitter finish. 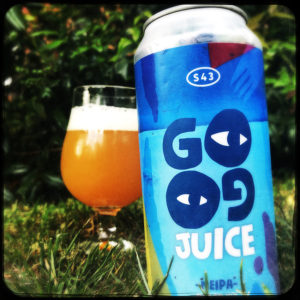 GoGo Juice (6.5%) is a NEIPA and man is it good.
The aroma is invitingly fresh and fruity but it’s nothing compared to what happens when you take your first swig.
Because a massive hit of zingy fresh satsumas and deep green pithy foliage takes over your face, it’s bright and sparkling and ridiculously good.
There’s a strong malt backbone to back this up, and there needs to be, with heather honey and doughnuts, pancakes and caramel providing a much needed sweet heart to the beer.
But between the New England yeast and the Citra, Ekuanot and Mosaic hops, GoGo Juice leaves you with a finish that’s intensely bright and bitter, incredibly dry and fruity and, most importantly, with a grin from ear to ear. 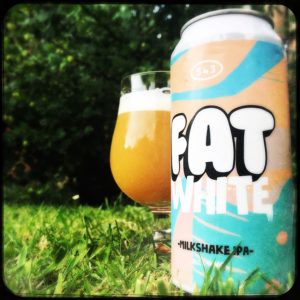 Fat White (6%) is a Milkshake IPA, and I’d be proud to launch it towards a racist Brexiteer anytime.
Not because it’s bad, but quite the opposite.
This is a superb IPA with a hefty heart that’s creamy and rich, the malts bringing pancakes and honeycomb, toffee and wafers, all of which is enhanced by the lactose and vanilla beans, while the hops are a punchy prickly slap of lemon zest and green herbal hedgerow which is augmented by the addition of mango to the brew.
The feel is thick and round, the aroma is sweet and sexy, and the finish is big and bright, bitter and bold.
In fact, it’s a milkshake of a beer that revels in the good things that can come out of mixing and matching good things from all over the place.
And that is why, like kryptonite to Superman, it’d do extra damage to a racist Brexiteer.