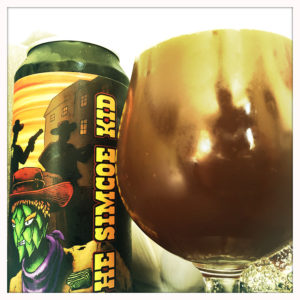 There’s an awful lot of caramel in here.
It’s warm and it’s chewy and it almost takes over.
Almost.
But the orange marmalade of the aroma pulls you away from the sugary quicksand and reminds you that there are plenty of hops in here as well.
Simcoe actually, if you’d not guessed from the beer’s name.
And the resinous pine and tobacco leaves of said hops bring a much needed fresh slap to a beer that otherwise would collapse under the weight of its gooey malting.
In the end what you find is a rather drinkable beer that teeters sexily on the right side of gloopy.