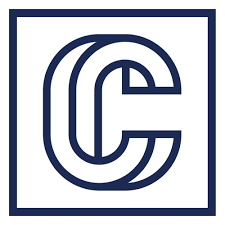 Nestled in the heart of Melton Mowbray’s rather large market area, Round Corner Brewing is a new brewery making some rather good beer in a very well laid out brewery and Tap Room. 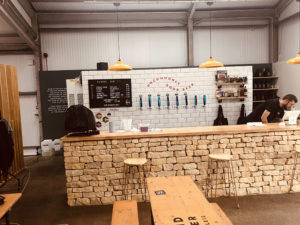 Only established a few months ago, the brewery has already won awards for Gunmetal (4.8%), a Black Lager that is a soft and smooth, with some strong coffee and chocolate flavours alongside a solid punch of herbal greenery and the tang of lemon zest in its long crisp finish.
It’s the beer that we started with when I and Chris (@titwillars) wandered into the only just opened for the day Tap Room.
The layout is contemporary and the staff very friendly, willing to talk about the beer and the brewery.
We worked our way through the six beers that they had on offer for the day, following Gunmetal with Frisby (4.2%) a Pale Lager that probably suffered for being tasted after the lovely Black Lager.
It’s a very well made beer, honey and caramel, waffles and doughnuts all playing around against a spicy and floral hop hit, but it just didn’t have the wow factor the the first beer did.
Hopping Spree (6.6%) on the other hand, a heftily hopped American IPA was my beer of the day.
Big and bold, resinous and chewy, with heaps of lemon sherbet and grapefruit, some orange marmalade and sticky pine resin over a toffee and ice cream cone malt body and a super bitter finish. 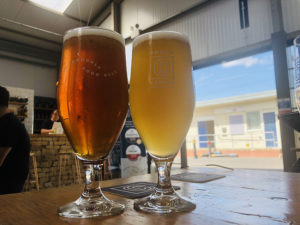 The IPA was followed by Steeplechase (4.4%), a soft and bright Pale Ale that poured a warm copper colour and brought a hint of strawberries in its aroma and a clear, bitter crisp finish, and Drovers (4.3%), a lovely little Summer Ale full of hay bales and country lane verges, apricots, peaches and lemon juice.
We finished off with Topside (4.6%), which is a super take on a traditional Golden Ale, complete with honey and lemon curd, straw and sawdust, Weetabix and nettles.
During drinking we got talking to Kelly, the brewery’s Tap Room and Events Coordinator and she was as enthusiastic about what we’re trying to do with CAMRGB as we were about the beer that we were drinking.
I mentioned Stu from Yeastie Boys as I’d just spoken to him and he’d confirmed that Round Corner are now one of the contract brewers for his own beer and shortly after this a fellow Kiwi introduced himself. 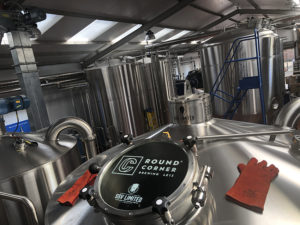 Scott is the Production Brewer and a very energetic and enthusiastic chap.
He gave us a brief tour of the beautifully laid out brewery and explained the plans for the future.
Excitingly these include canning their IPA and Pale Ale, something I’m very keen to try.
Events are planned in the Tap Room and as part of the market, including a rare foods festival that I’ve already put in my calendar.
I thoroughly enjoyed my afternoon discovering this fledgling new brewery that’s almost on my doorstep and I can’t wait to visit again.
Keep your eye out for Round Corner, they’ll be coming your way very soon.

Thanks to everyone at the brewery for their time and friendship.