Posted on September 5, 2019 by Simon Williams 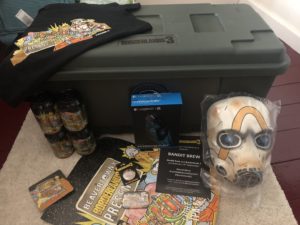 This week I and several other beer writers were sent an enormous box that contained an ammunition case stuffed with goodies including four cans of beer.

It turns out that Beavertown have teamed up with 2K to Brew a beer to coincide with the release of the Borderlands 3 video game.

When I opened the parcel my initial thought was that my fourteen year old son will love all these goodies.

My second thought was, “Heineken advertising money being spent.”

And do you know what?

This is the final straw in me taking anything Beavertown does seriously. 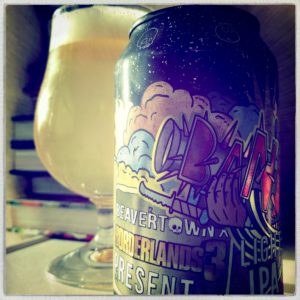 This is an almost flavourless, slightly soapy, poor excuse for a beer.

The hops are wimpy and apologetic, the aroma is an almost non existent waft of yesterday’s flower stems and there’s no malt body to speak of at all.

Big business over craft (in the true sense of the term).

This is a shockingly bad beer that makes me wonder if the Beavertown marketers already know this and that is hwy they’ve thrown so much money at trying to influence the influencers.

It went down the sink.