Posted on September 1, 2019 by Simon Williams 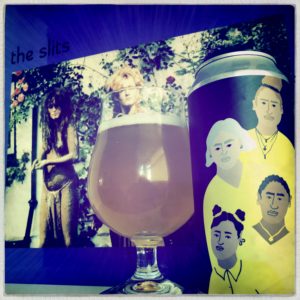 How as a man does one write about something like this without sounding Patriarchal and patronising?

Does one ignore the reasons why this beer was made and just talk about the beer itself, or does one praise all the reasoning and the meaning behind the beer and hope that one’s words are read as a humble truth and not as a demeaning, “well done, love.”

I’m not sure what the answer is, but I’m going to say it all and hope for the .

Mothership, an all female brewery, have brewed this delightful beer to show respect to refugee women, their struggles and their strength.

This is a sharp and salty beer, just like a Gose should be, all lip puckeringly bitter metallic hedgerow, the sting of zingy lemon zest and a soft and subtle caramel and pancake sweetness all prickled by the seaside saltiness in the finish.

And as you drink a beautifully gentle, playful almost, fresh watermelon juiciness builds, kissing you with its sweet pink flavour.

If you’d like to raise a glass to those brave, strong and brilliantly stubborn women the world over who, against so many odds (mainly placed before them by men and the prejudices and fights of men), then this is a very good beer to toast them with.