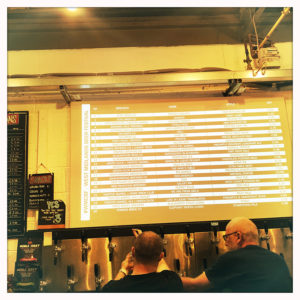 What began as a crisp, cold but sunny morning quickly turned grey as my train departed Leicester station and I made the short journey to Coventry for this year’s West Midlands Craft Beer Festival.
The event, organised by and hosted at Twisted Barrel’s Brewhouse an Tap Room, was the first of its type in the Midlands, that is a festival whose entry fee covers not just a glass, but a third of all the beer on offer.
It’s a good model, meaning you don’t have to worry about running out of tokens, how much you’ve spent as your brains get slowly and pleasantly sozzled during the day.
Even though Coventry is only an hour by train from me, I’ve never gotten around to visiting Twisted Barrel until now, and I was very impressed, initially by the area of the city the brewery is located in (the last time I spent any time in Coventry was nearly thirty years ago and it was a very different place back then), but mainly by the building itself. 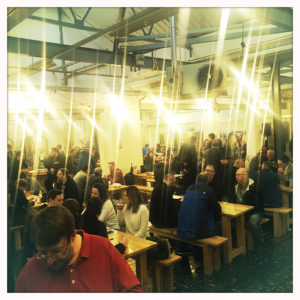 Modern and utilitarian on first sight, it became warm and glowing as the room filled and the beer flowed.
There was a good list of beer to try from breweries right across the Midlands, far too many for me to try them all, and so I tried to chose carefully.
Plumping for Burning Soul’s Citrus Haze (5.2%) as an opener was a good shout with it’s crisp and fresh fruit salad and sherbet hit, and while drinking it I caught up with my good friend David who introduced me to the team that own and run the MK Biergarten.
We chatted about beer and the beer scene and started working on plans to do an event together in the new year.
Very exciting things seemed to be developing as we drank.
The next beer was a must for me. 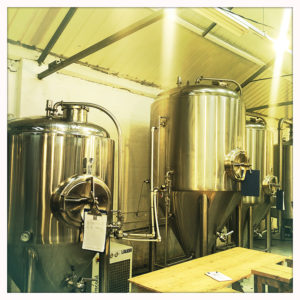 Beer Gonzo, also based in Coventry, had brought a few rather special kegs to the event and I opted first for a glass of Fantome’s Brise Bon-Bons (8%) as I simply adore their beer.
I wasn’t disappointed.
It was sharp and zingy, with a lovely warm earthy fug in the background.
Around this time a musical duo started up in one corner, playing a mix of cover versions and as usual this was my only negative part of the day.
I struggle to keep up with a conversation in a noisy room these days and with music on at the volume it was (they were an acoustic duo playing through a PA) it became increasingly tricky for me to follow what was going on without concentrating really hard.
Following a very nice third of Drink Dat (6.7%) by Fuwrst Wiacek from the Gonzo bar, I nipped back across the room to find some Twisted Barrel beer.
After all, it was their party.
I opted for We Are Prom Girls (6%), a Marshmallow Porter that was sweet and sticky, rich with coffee and very good to drink, which I followed with Mashionistas’ Rhubarbia (7%), a beer I was very excited to try but totally disappointed with.
Rhubarbia is a Flemish Style Red Ale but was far too tart, bordering on sour and this didn’t allow any of the warm chewy toffee flavours to come through as this style of beer should. 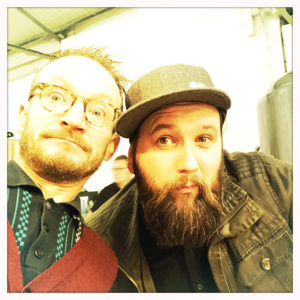 I washed the disappointment away with a quick glug of Prairie Artisan’s Barrel Aged Bible Belt (13%), a Stout so big and sticky I almost needed a spoon, caught up with the Twisted Barrel gang and then it was time to head home.
It was a good day spent with friendly people in a lovely environment meeting and chatting and enjoying some very good beer.
If you’re able to make it next year then I suggest you make a point of going.
As I walked towards the station I wished I could have stayed longer, but the moment I hit the platform that wish had gone.
Trains via Nuneaton cancelled, I spent three and a half hours getting home via Birmingham.
I was sober when I got in.