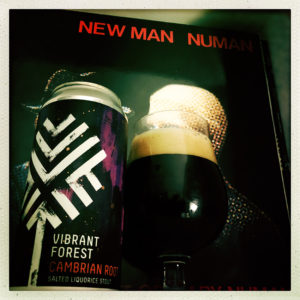 Now this is something rather special.
Really rather special.
Many many years ago I used to buy liquorice root from my local health food store and chew at it, partly because I found it delicious and partly because I was a pretentious vegetarian teenager.
Taking a swig of this beer has brought those days right back to me.
Cambrian Root has a superb chocolate and coffee, treacle tart and honey on toast malt body, lightly buttery, round and chewy, as well as a little slap of green herbal leaves and nettle tea from the hopping.
By the way, it pours a lovely deep purple with a little cappuccino head and smells of prunes and rum Baba.
But it’s the sinewy woody liquorice root flecked with sea salt that lifts this beer into somewhere that’s really astonishing.
You really need to find this beer and drink this beer, it’s something very special indeed.