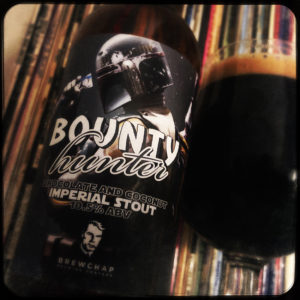 Ian never ceases to amaze me, making beer in his garage that is more often than not head and shoulders above stuff I’m paying good money for.
Bounty Hunter is a Coconut Imperial Stout and it tastes exactly as its title describes.
This is a boozy liquid Bounty bar, all warm and woody toasted coconut, lashings of smooth milk chocolate with a creamy vanilla background hum and a smack of white rum that most “proper” breweries would die for.
In a word, “Wow”.