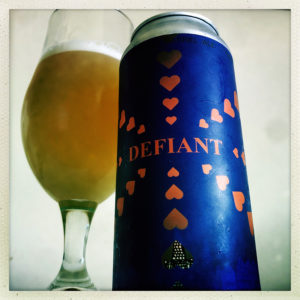 So, Kveik (say it, “Ku-Vike” to be somewhere near correct) seems to be one of the new things.
And I like a lot of these newly brewed Kveik beers.
But somewhere along the line we seem to be missing the point.
Kveik is a Norwegian dialect name for yeast, and until it got sexy to brew with, was mainly thought of as any strain that has been developed on an open rack and used in local beers and/or home brews in Norway.
Quite often it didn’t give any fizz to the beer it was used in either.
Now Kveik seems to be the name of a specific strain that gives a natural earthy, fruity flavour that is somewhere near a Saison yeast (to which many of the same things mentioned above apply) but adds its own specific flavours.
Before I go any further with this, none of the above is a complaint, it’s simply an observation, because I like the flavours that this yeast imparts in the same way that I like the flavours that Saison yeasts impart, it’s just that it sometimes feels a little like the name has been taken and the history left behind, much like when the big boys bastardised the word Lager to mean any old crap they could get from brewery to bar tap in a couple of weeks.
Or how Indie came to mean any half arsed band with guitars rather than synths in the early nineties when initially the Indie charts simply were there for anything released on an Independent label, so you’d have Kylie Minogue rubbing shoulders with Alien Sex Fiend because neither of their labels were funded by major companies.
OK, rant over.
Defiant is a delicious IPA that uses Amarillo and Mandarina Bavaria hops to give you lots of orange marmalade, rolling tobacco, lemon curd and lime zest while the malting sits low and sexy in the mix, creating a soft doughnut and caramel sweet body.
The yeast brings a lightly earthy, slightly salted peach cobbler to the party, which gives a whole extra layer of texture and flavour as you reach the cutting edge of the beer and its long crisp and bitter finish.