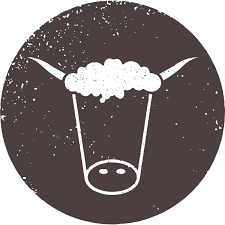 Wooha Brewery have been making beer for five years now, but I have only just come across them.
Whether this is because they have slowly moved their beer to a wider audience or I’ve bee looking in the wrong direction, I don’t know.
But what I do know, having had the opportunity to try their newly released core range in bottles, is that I’m happy to have some Wooha in my life (and in my fridge).
This is what I’m talking about: 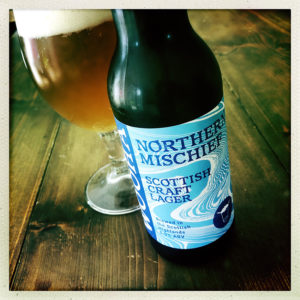 Northern Mischief (5%) is a Lager and sometimes, especially when I find a Lager as good as this, I wonder if the best test of a Craft Brewer is how well they can make a Lagered Beer.
This one does absolutely everything right.
Pouring a bright gold with a fluffy head that’s full of fun, the aroma is meadow flowers and hedgerow.
There’s a delightfully soft and smooth, creamy and round malt body that’s stuffed with crusty bread, and caramel, a hit of spicy yeast and a big slap of sharp green herbal leaves, dandelions and lemon zest from the hops before you head into the driest, crispest most bitter finish.
Brilliant beer. 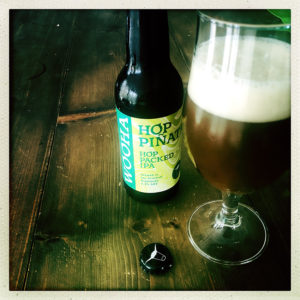 Hop Pinata (6.2%) is Wooha’s IPA and I like it very much.
There’s a a solid toffee, brown bread, honey and pencil shaving malt body and a pine and toffee aroma that drifts up from the beer as you pour.
The beer feels sticky, gooey, nice and chewy, lots of brown sugar syrup drifting to the top of the flavour just as the hops are getting ready to kick off.
And kick off they do, with lemonade and rolling tobacco, red wood, lime curd, peach and bitter pithy hedgerow greenery.
What you’re left with is a beer that starts off sweet and sticky and ends up crisp and bitter.
Very good. 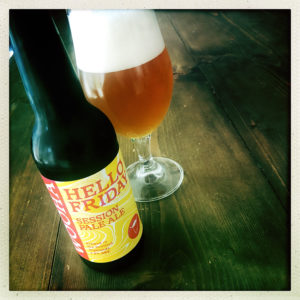 Hello Friday (3.8%) is a Session Pale. It’s a gentle beer, but not a beer without heart.
And the heart it has is built on melon balls and honey. There’s not much of an aroma to speak of, which initially had me worried about what I might find as I drank.
But I needn’t have worried as the hopping bring lots of Gala melon, some peach and strawberry and the green pithy slash of garden undergrowth.
And underneath this there’s a decent honey and waffle, salted caramel malt body.
This is a beer that feels much bigger than its ABV would suggest, and that’s a very good thing. 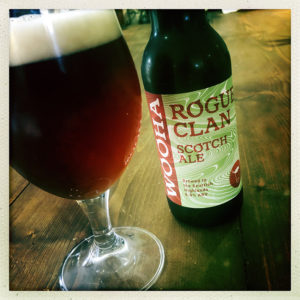 Rogue Clan (6%) is delicious.  Simple as that.
Before I read the label, the first thing that sprang to mind on taking my first mouthful was that this beer is full of heather honey, and low and behold, the bottle’s description mentions both honey and heather.
But apart from those obviously highland flavours that fit right in with where the brewery is located, there’s also lots of red cherries, bracken and orange marmalade, a hint of dark rum heat and a lovely digestive biscuit and toffee malt, tinged with chocolate and shortbread.
The result is a chewy beer that you’ll be happy to spend a late evening with. 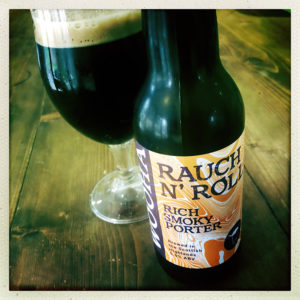 Rauch & Roll (5%) is what the name suggests (to me, at least), a Smoked Porter.
What’s more, it is packed with all the good things you might want.
There are stewed prunes and plums, treacle tart and burned toast, autumn bonfires, honeycomb and chocolate, brandy, black cherries and vanilla sponge cake.
There’s also a warm smoky Frazzles, sausage roll and bacon butty meatiness that, coupled with the pithy redwood and cedar, hazel leaves and bracken of the hops, make this a beer to relax into, roll about in your mouth and allow to build as you drink.
I like this a lot.