Posted on September 9, 2020 by Simon Williams 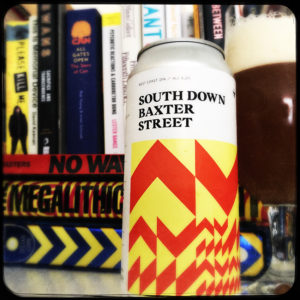 My first encounter with Black Lodge of Liverpool is this rather good IPA, a beer with a super dry finish that had me reaching for my next mouthful almost so quickly that I struggled to have enough time to write about it.
I just want another swig.
The beer’s aroma is Juicy Fruit chewing gum and honey, and taking a swig you find a solid biscuity base form the malting. It almost tastes old fashioned, you know, that digestive and toffee, honey and peanut brittle of a traditional Bitter.
It was a flavour that made me sit up and take notice, simply because it isn’t the kind of malt body I expect in a “modern” IPA.
But it really works, and the hopping cuts right through it with super sharp shards of lemon rind and green garden herbs, some woody rolling tobacco and a dab of orange marmalade that adds a subtle stickiness to the aforementioned dry finish.
Yummy.